The 2021-2022 edition of the New Brunswick Student Wellness Survey was completed by 42,000 students in grades 6 to 12 between November 2021 and January 2022. Students were asked questions about their social and emotional development, physical health, substance use, and experiences at school and in the community.

The results were released in May 2022.

Indicators of student mental health are trending in the wrong direction.

Few students follow the recommendations from the 24-Hour Movement Guidelines.

Students who identify as non-binary, Two-Spirit, and all other gender non-conforming identities, hereinafter referred to as “non-binary students”, report poorer mental and physical health outcomes than their peers.

The NBHC uses the term “non-binary” as an umbrella term to refer to individuals who self-reported their gender as neither exclusively man/ boy or woman/ girl, following Statistics Canada’s Classification of Gender. However, the NBHC acknowledges that not all individuals who were included in the non-binary category classification in its data use this term to describe their own gender identity.

This demographic group also reported poor physical health outcomes. Only 24.4% of non-binary students rated their health as very good or excellent, whereas 56.6% of those who identified as boys or girls gave the same rating. Likewise, considerably fewer non-binary students reported getting sufficient sleep (14.3% compared to 31.1%) and having the recommended amount of daily moderate or vigorous physical activity (11.9% compared to 22.7%).

Smoking, as well as alcohol and cannabis consumption, among students has decreased.

Explore the data tables below to learn more about the demographics of students in New Brunswick, as well as their social and emotional development, physical health, substance use behaviours, and their engagement in their schools and communities. 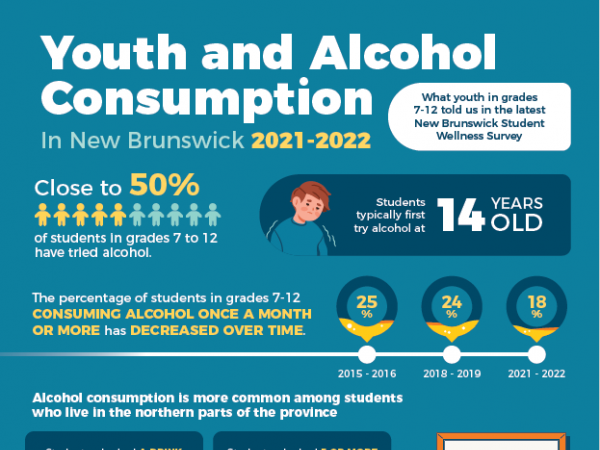 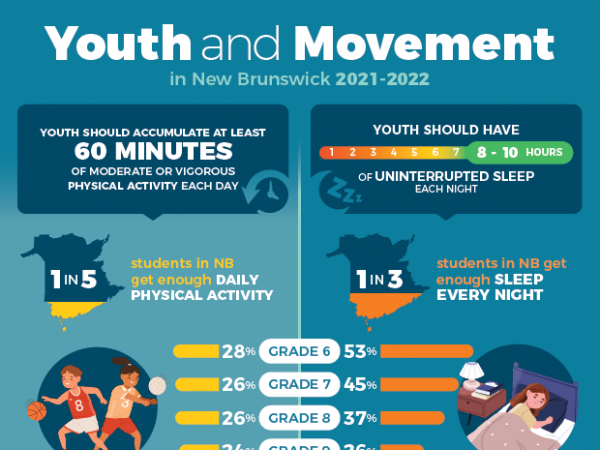 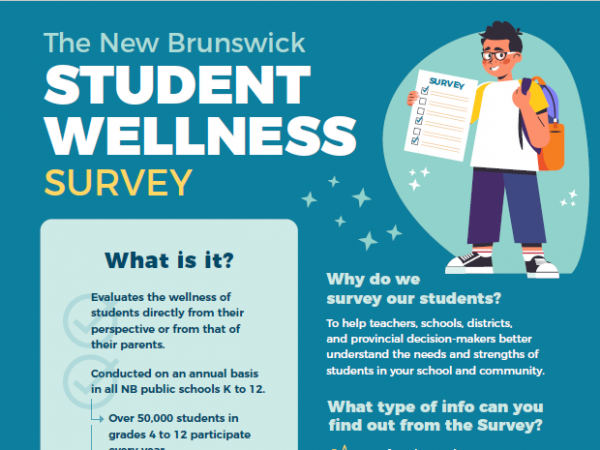 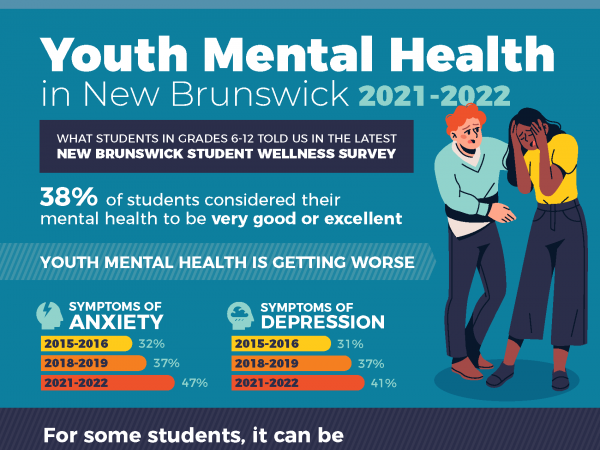