Before reporting to the public about population health and health service quality, the NBHC must collect and analyse data.  The data we collect comes either from our own surveys or from external sources.

Due to a lack of standardized data about health services in New Brunswick, the NBHC made the decision to conduct its own care experience surveys with citizens. Starting in 2010, the NBHC adopted a three-year cycle of surveys, and later began conducting the New Brunswick Student Wellness Surveys in New Brunswick schools on their own three-year cycle. While the questionnaires and methodologies are all developed by the NBHC in collaboration with health system stakeholders, the initial data collection for these surveys are all administered by external vendors.

Our three care experience surveys are conducted every three years on a rotating basis:

For the Acute Care Survey, all patients discharged during a reference period receive a copy of the survey by mail. For example, for the 2016 edition of the Acute Care Survey, we sent surveys to approximately 12,000 citizens who were discharged from NB hospitals of which approximately 6,500 users responded. A sample this large permits results to be reported provincially, as well as by health authority and by hospital.

In the case of the Primary Health Survey, all of the New Brunswick population aged 18 and over is eligible to be a survey respondent, not just those who have used health services. In the 2017 edition of the survey, from more than 100,000 telephone calls, over 14,000 citizens responded, which permitted results to be reported provincially, as well as by health zone and by NBHC community.

Similar to the Acute Care Survey, the Home Care Survey mails questionnaires to users of Extra-Mural and home support services during a specific reference period. For the 2018 edition, responses from over 6,500 users were collected.

Common to all three surveys, once the data has been collected, validated and structured, the external vendor sends it to the NBHC, which analyzes the data and prepares observations for reporting. This process can take approximately one year. For example, our 2018 edition of the Home Care Survey was conducted in the spring of 2018, and we released our results publicly in spring 2019.

The NBHC also conducts the New Brunswick Student Wellness Survey (NBSWS), an initiative of the Department of Social Development in collaboration with the Department of Education and Early Childhood Development. There are two surveys (K-5 and 6-12) which together examine student perceptions about school, social relationships and environments, and addresses important aspects of well-being such as: resilience; mental fitness; prosocial and oppositional behaviours; physical activity; healthy eating; tobacco-free living; and bullying. Each survey is repeated every three years, with the third year of the cycle dedicated to knowledge transfer of the survey results.

These surveys adopt more of a census approach, attempting to survey every student in the province. While not every school participates, and some students are not able to participate due to illness or other absence, a large percentage of student responses are captured. In our 2016 edition of the 6 to 12 survey, for example, 93% of schools participated, representing 72% of all New Brunswick students. The surveys are distributed by schools to students in Grades 4 and 5 and Grades 6-12 as well as parents of K-5 students students between November and May of the school year.

Like the care experience surveys, once the data has been compiled, we receive the results from the vendor at the end of the school year, which we then analyze and report on in the late fall. All versions of the NBSWS survey are paper-based.

Data from other sources

In addition to results from our own surveys, we also collect important data from other organizations. See here for a list of organizations from which we obtain data.

Some of this data may be taken directly from the source online (for example, from the Statistics Canada or the Canadian Institute for Health Information websites) and reported “as is”, with little work required by the NBHC. In other cases, we need to make data requests to certain organizations, as well as make adjustments to the data obtained. Adjustments can include making it available by different geographies or population groups, adjusting how data is reporting (for example, converting a number into a rate per population), or reporting only the portion of the data that is relevant to our work.

For most of our needs, we tend to collect this external data on an annual basis, although in the case of our “My Community at a Glance” Community Profiles, we do our data collection and preparation on a three-year basis (five years in the case of census data).

While every NBHC survey is an engagement activity with New Brunswick citizens, which collects individual experiences and then reports on the collected results to inform citizens, the NBHC also conducts other engagement efforts. These engagement activities, whether about health services in general, or in response to specific requests by the health system have also resulted in the collection of feedback and comments from citizens which can then be reported as well. 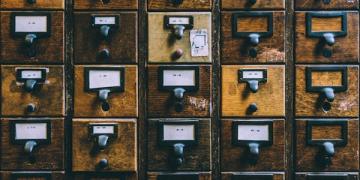